(2982) service processions from Wasit governorate, provided services to the visitors of the Arba’een 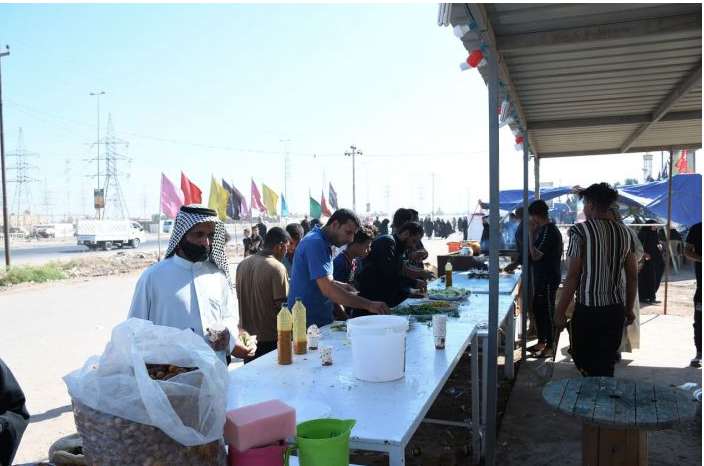 The Department of Hussayni Rituals and Processions in Iraq and the Islamic World of the Holy Shrines of Imam al-Hussayn and al-Abbas (peace be upon both of them), announced the participation of more than (2,982) service processions in the Ziyarat Arba’een from Wasit Governorate, including 355 processions that will participate in providing services in the Karbala governorate.

Al-Salman indicated that: “There are (355) processions that have come to Karbala Governorate and have taken the routes that the visitors of the two holy shrines take as a starting point to provide these services, whether in the Hussainiyas that belong to them or through the erection of a marquee in special places to provide services.”

Those in charge of these processions, during the period of the visitors’ passage, continued their work tirelessly day and night, in order to provide the best and highest quality services, harnessing all their material and human capabilities for the sake of this service, hoping the divine reward for the Hussayni service. Noting that these processions had a joint work with the rest of the departments in the province, including security, service, and health, within a joint operations room that oversees this Ziyarat and the course of its visitors.