A renewed heritage during the month of Ramadhan: Distributing tea in the vicinity of the shrine of Aba al-Fadl al-Abbas (AS) 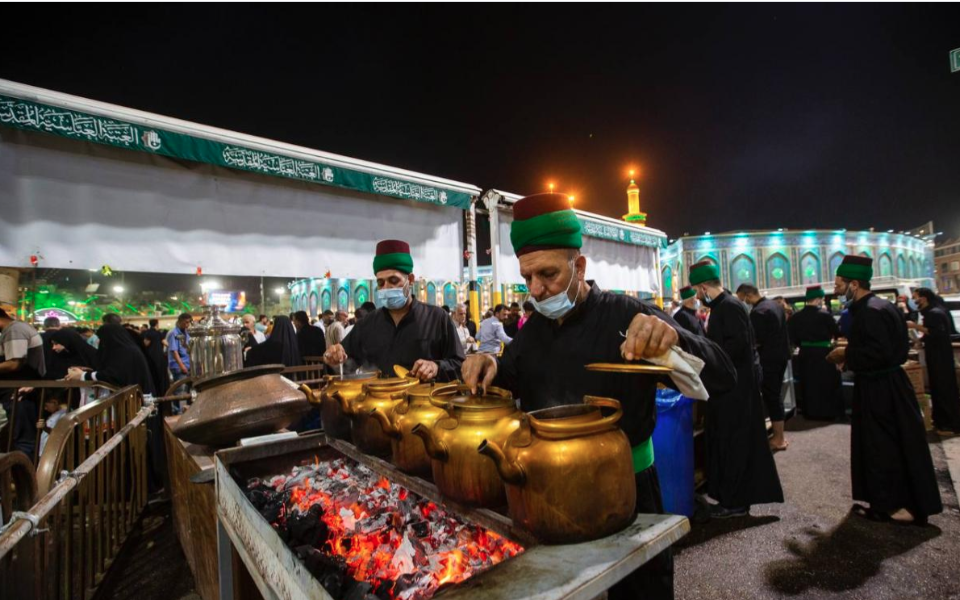 The holy city of Karbala like the other Iraqi cities is characterized by a set of customs and traditions, as during the holy month of Ramadhan, the Sayeds servants from the descendants of Lady Az-Zahra (peace be upon her) are used during the nights of the holy month, to distribute tea after the Iftaar (meal of breaking the fast) in the courtyard of Aba Al-Fadl Al-Abbas (peace be upon him).

This tradition in spite of its simplicity, but it is currently attracting a lot of visitors, because it is distributed by the Sayeds that are servants of the holy shrine along with a number of volunteers, and it is done in the courtyard of a sacred placed, so visitors come after finishing their prayers to drink this special courtesy tea.

It is worth to mention that the General Secretariat of the holy shrine of Al-Abbas (peace be upon him) has revived many of the traditions and ceremonies that were held in the holy shrines of Karbala that were stopped by the oppressing former regime, and thanks to God, are currently renewed in a great spiritual atmosphere.