After years of its destruction by the terrorist organization (ISIS) a committee is formed to facilitate the reconstruction of shrines, husseiniyas and mosques in Mosul 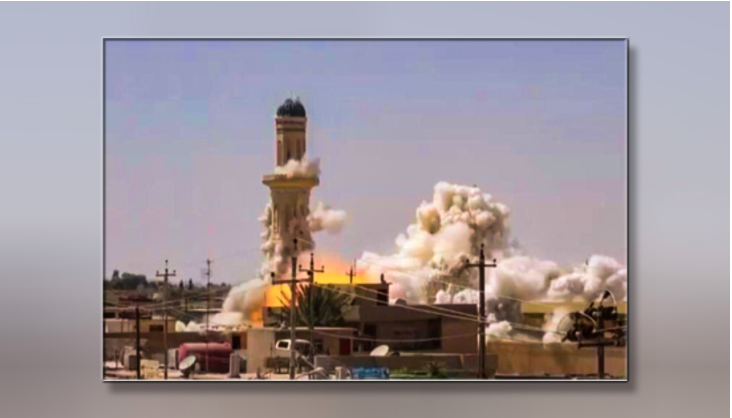 Under the direction of the representative of the supreme religious authority, Sheikh Abd al-Mahdi al-Karbalai, the Public Activities Department at the Hussaini Holy Shrine announced the formation of a committee to study the process of reconstructing shrines, Hussainiyat and mosques in Nineveh Governorate, which were subjected to destruction during the control of the terrorist organization ISIS over the eastern and western regions of Iraq in coordination with the secretariat Shiite shrines.

In an interview with the official website, the assistant head of the Department of Public Activities at the Holy Hussaini Shrine, Sheikh Ali Al-Qaradawi, said, “A committee has been formed by the Holy Hussaini Shrine, whose work aims to facilitate the reconstruction of shrines, Hussainiyas and mosques in western Nineveh regions, especially the Tal Afar district, which was destroyed by Zumr. (ISIS) terrorist gangs demonstrated their control over these areas.”

He explained that “a delegation from the department recently visited the Shiite Endowment Office and met with Sheikh Khalifa Al-Jawhar, Secretary-General of the Shiite shrines in this regard, and the conditions of mosques and Husseiniyas that were demolished by the takfirist organization in Tal Afar district were discussed, in addition to documenting the shrine of Mr Abdul Rahman bin Ali bin Al Hussein (peace be upon them). ) In Mosul, as well as fixing the Sabaya road and rebuilding the destroyed mosques and Hussainiyas in the district in order to assist in their reconstruction.

He added that “the committee will also install the Sabaya road, which includes the (Eski Mosul) area and the shrine of the head of Imam Hussein, peace be upon him.”

The organization published on the “Nineveh State” page, on the social networking site “Twitter”, a video report on the demolition and bombing of shrines, shrines and Husseiniyat (Shiite mosques) in a number of cities and suburbs of Nineveh Governorate, which were controlled by ISIS.

The terrorist organization had published pictures of the bulldozers demolishing a number of shrines, shrines and Husseiniyas, while other pictures showed explosions in some of them after they were trapped.