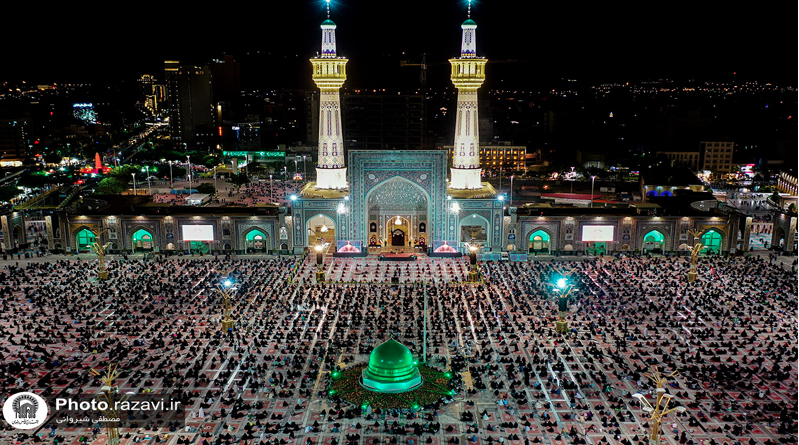 The ceremony began by Hamid Reza Ahmadi Wafa’s recitation of the Holy Quran verses and continued by Joshan Kabir supplication performed by Hoj. Eslami. The main part of the program was led by Ayatollah Alamolhoda, Leader’s representative in Khorasan Razavi Province.
To get people more protected against the viral infection, Imam Reza (AS) Holy Shrine’s Deputy Office for Pilgrim Services had programed two similar ceremonies with an interval in between so that more physical distance could be provided for the visitors. The same measures are in AQR’s agenda for the two other Qadr nights.
Health facilities including distribution of masks and disinfection of courtyards will be increased during these nights; monitoring of the protocols is also intensified by adding to the number of health servants of the holy shrine.
Courtyards and open spaces of the holy shrine are main places for these three nights’ special ceremonies and Razavi servants do their best to fully observe health protocols by actions such as proper arrangement of carpets all over the sacred places.