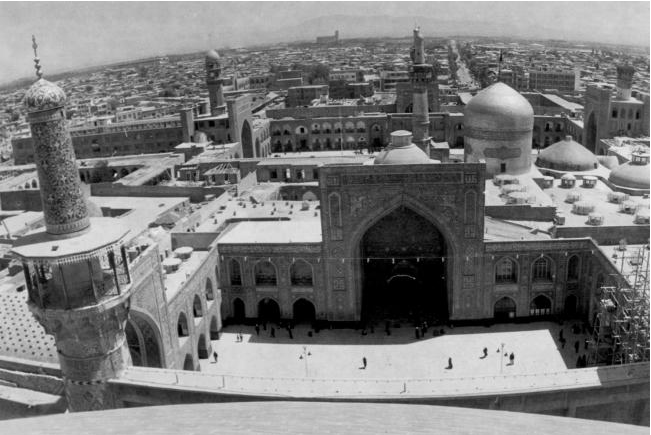 Regarding sources used in preparation of this new book, its author, Reza Naqdi, said: “Fortunately, there are plenty of sources regarding AQR history and organization during Qajar era. The book strives not to omit anything from history and formation of AQR during Qajar dynasty; it tries to be comprehensive and at the same time scientific as well as to the point”.
Naqdi who is a research fellow at the Islamic Research Foundation’s Department of Razavi Culture and Conduct, added: “The book includes 10 chapters covering different topics including: Reviewing sources and researches, AQR history and organization, AQR during Qajar kings, facilities and organization of AQR staff, organization of AQR’s houses, administrative and financial structures of AQR, endowments in Qajar era, holy shrine’s decorum, maps and construction of the holy shrine, and famous figures buried in the complex”.
He went on to say: “The number of AQR’s endowments in every specific period of Qajar dynasty is another interesting aspect of this book. According to historical sources, 2, 31, 36, 151, 24, 14, and 14 endowments were donated to the AQR during Agha Mohammad Khan, Fath Ali Shah, Mohammad Shah, Nasereddin Shah, Mozafareddin Shah, Mohammad Ali Shah and Ahmad Shah periods respectively.
“The book comes to its end by giving sources, tables, diagrams, maps, and a number of documents and pictures related to the shrine those days”, Naqdi said.