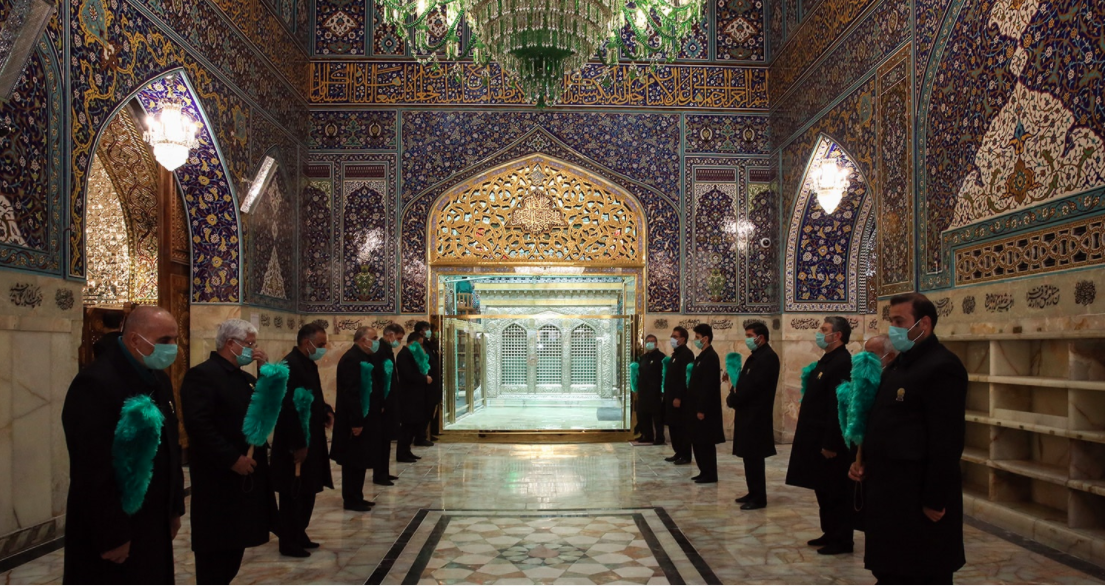 Upon the permission of the officials of Ministry of Health, part of the two routes leading to the holy mausoleum was reopened.

Mohammad Tavakkoli, the deputy minister of Sacred Places of Astan Quds Razavi, the body in charge of Imam Reza (AS) holy shrine stated, “Due to the increasing requests of pilgrims, after repeated visits by esteemed officials of the Ministry of Health and numerous samplings, the safety of the pilgrims’ presence was confirmed by experts and officials on the routes leading to the shrine.”
“Therefore, starting from October 12, dear pilgrims, observing the health instructions, can take the path from the Azadi courtyard to Dar al-Saada portico and from the path of Goharshad mosque to the top part of the mausoleum to visit from a space closer to the holy mausoleum,” he commented.
Referring to the reopening of a number of porticos of the holy shrine during the past few days, he pointed out that according to the health procedures announced by the National Anti-Corona Headquarters and with the coordination of other executive bodies, 25% of the capacity of a number of porticos, including Imam Khomeini, Dar al-Hedayah, Dar al-Hekmah and the bedchambers of Goharshad mosque have been reopened.
“On a daily basis, the carpets of the reopened porticos are replaced with new and clean carpets according to the instructions. Health workers are also providing services to pilgrims around the clock by distributing masks and disinfectants,” Tavakkoli added.