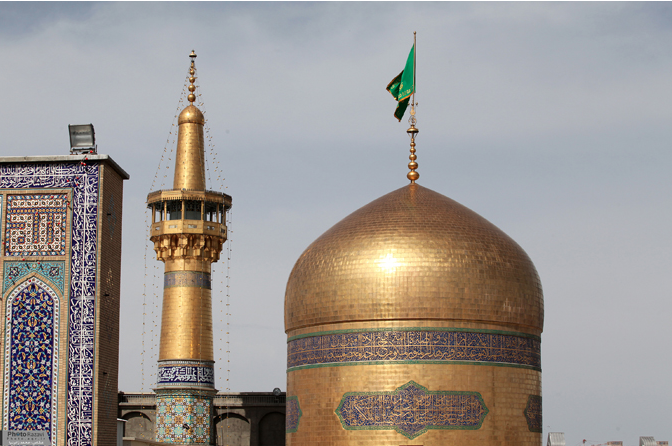 An Argentinian merchant has converted to Islam through expressing his words of testimony at Imam Reza (AS) holy shrine.

Fabian Garcia who had chosen Reza as his new Muslim name, said: “I have been busy with my business in Iran for about three years; I became familiar with Iranian culture and religion of Islam during these years”.
He added: “I was attracted by the Iranian culture during my residence in Iran and I decided to change my religion following my personal research on Islam”.
The newly converted Muslim went on to say: “I came to Mashhad for the first time with the help of one of my friends who is in charge of an Islamic center in Argentina; I was deeply affected when I saw the golden dome and sacred premises of the holy shrine for the first time. Imam Reza (AS) holy shrine brought an indescribable calmness to my heart and made my decision for conversion much more serious”.
Argentinian businessman further noted that every human being has got an inner desire to achieve happiness, and “I found out that I could fulfill this desire by converting to Islam”.
Stating that conversion to Islam has divided his lifetime into two different periods of before and after traveling to Mashhad, Reza said: “I thank God for providing me with this success of being present at Imam Reza (AS) holy shrine. I enjoy security and calm”.
He stressed: “The Holy Quran has been my guide in life and I believe that all my problems and difficulties will be solved by resorting to this divine book and by trusting in God”.