Death anniversary of al-Qasem son of Imam al-Kadhem (peace be upon both of them). 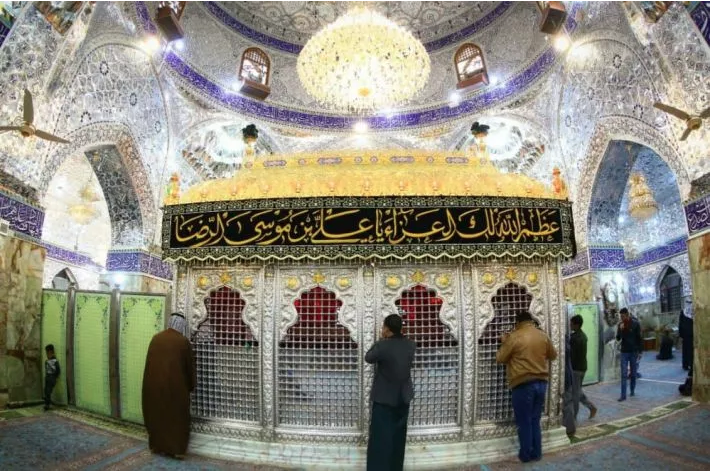 He (peace be upon him) was a noble descendant of the prophecy and the Imamate, and known by his piety, forbearance and patience. Sheikh Al-Kulayni stated in the Book Al-Kafi: “It is narrated from Imam Ali Ibn Musa Ar-Reda (peace be upon both of them) from Yazid Ibn Saleet from Imam Al-Kadhem (peace be upon him), who was on the road to Makka and said: “O Abu ‘Umara, I can inform you that when I came out of my house, I gave my will to my son, so and so and in public. I allowed my other sons to take part in my instructions with him but I gave my directive will to him in private and wanted him to be alone. Had it been up to myself I would have placed my directive will with my son al-Qasem because of my love for him and sympathy. However, it is up to Allah, the Most Holy, the Most High, who places it (Leadership with Divine Authority) wherever He wants.”

Al-Qasem (peace be upon him) died after a severe illness in the year 192 AH in Sura land at the Bakhamra neighbourhood, where it is located his holy sanctuary with its golden dome and well-seen minarets. His shrine is known by many blessings and miracles witnessed by all his visitors.

Sheikh Al-Kulayni has also narrated from Sulayman Al-Ja’fari that he said: I have seen Aba Al-Hassan (peace be upon him) when one of his children was dying, said to his son Al-Qasem: “Stand O son to read near the head of your brother {By those [angels] lined up in rows} (37:1) until you finish it. He recited it and when he reached the verse: {“Are they a stronger [or more difficult] creation or those [others] We have created?”} (37:11) he passed away.” It appears from these two narrations the care and importance given by Imam Al-Kadhem (peace be upon him) to his son Al-Qasem.

Al-Qasem recommended sheikh Ba-Khamra to wash, shroud and bury him. Some narrations refer to that Al-Qasem had a daughter, theses narrations mentioned that he recommended the sheikh to go with his daughter (Al-Qasem’s wife) to pilgrimage and to take their daughter with them and to make his way to Al-Madinah when he completes the pilgrim’s rituals in Mecca. As soon as he entered Al-Madinah he would leave the girl to walk spontaneously to stop at last on the door of a high house which is their house. This story happened when the sheikh and his daughter had finished their pilgrimage the next year, they went to Al-Madinah with Al-Qasem’s daughter. And everything happened as Al-Qasem recommended. The girl stood on a door of a highly respectable house on which some women gathered asking her: Whose daughter, are you? The girl was just crying until a graceful woman got out and gazed at the girl to say this girl is Al-Qasem’s daughter. The girl then told her about her father’s story and that her father had died.