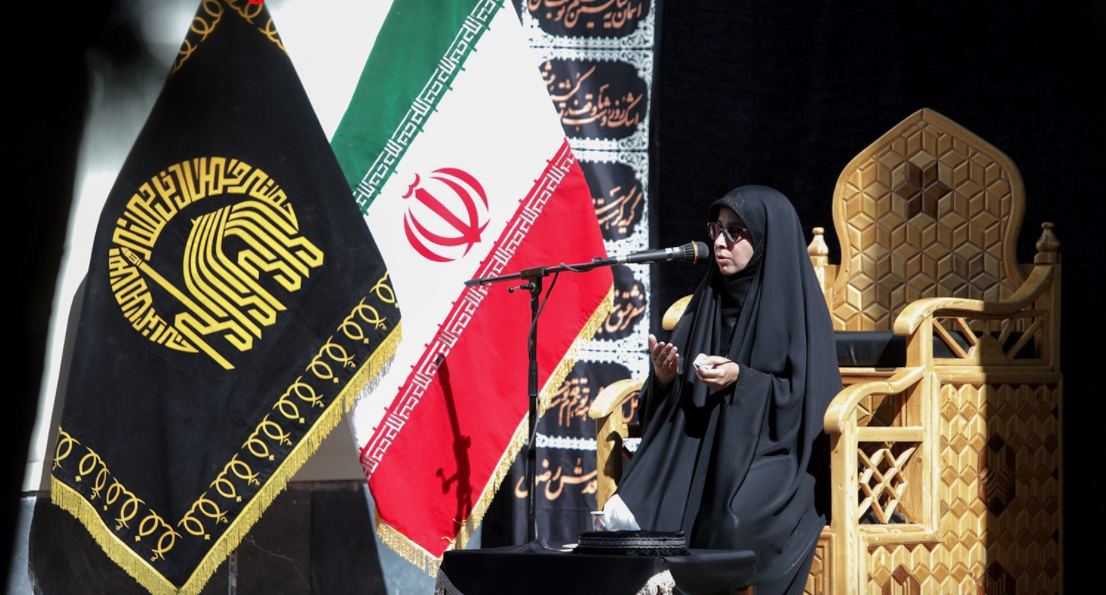 The ceremony covered “principles and factors of family growth in Imam Reza’ (AS) viewpoints” by Zahedeh Ja’fari, a university and seminary teacher from Pakistan.
Elaborating the topic, Ms. Ja’fari said: “Family is an important issue on which different Quranic verses and many infallible Imams (AS) including Imam Reza (AS) have emphasized”.
She said: “Each family member has to do his/her duties perfectly and any impairment to one member is considered an impairment to all members of the family”.
She went on to say: “There are four different types of families according to the holy Quran. First, a family all members of which are sound and optimal. The Family of Imam Ali (AS) and Hazrat Fatima (SA) is a perfect example of such a family as mentioned in the Holy Quran”.
The second type of family from a Quranic point of view was introduced by her as a family no member of that is sound. Abu Lahab’s family is the good example for this type. Quran’s Abu Lahab Surah refers to this family.
She also reminded: “In some families, the head of the household is a model, but the other ones are not optimal; like Prophet Noah’s family for which there exists a Surah in Quran.
She finally introduced the last type of family as one whose man is oppressive while its woman is a model for all world’s women. Quran has mentioned Asiya, wife of Pharaoh, as a faithful woman and her husband as an oppressive man.
Elsewhere in her remarks, she referred to duties of a family from Razavi point of view and said: “A family is successful and ideal when principle of affection and kindness can be seen in it. Imam Reza (AS) says: “Having affection and kindness toward people is half of mankind’s wisdom”. Here, Imam Reza (AS) is actually pointing to having wise interactions with people as half of mankind’s wisdom”.
Ms. Ja’fari introduced respect toward other members of the family as the second Razavi principle leading to growth of the family. “The third principle is spirituality, which has been mentioned as a factor for the strength, growth and excellence of the family”.
This ceremony was participated by female foreign pilgrims from Afghanistan, Pakistan, India, Nigeria, Azerbaijan, and South Africa.