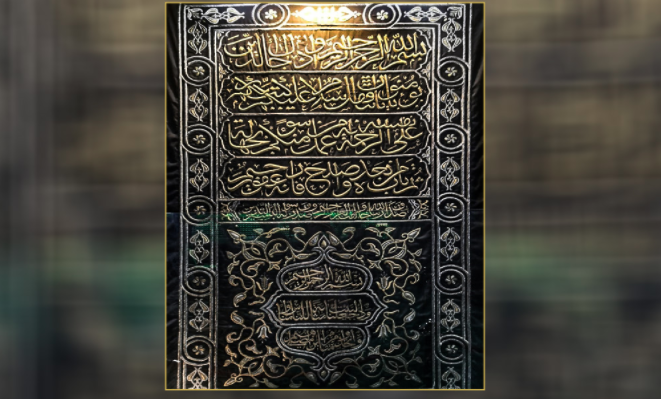 The official in charge of the Imam Al-Hussein Museum (peace be upon him) affiliated to the Holy Hussaini shrine, Dr Alaa Ziauddin said in an interview with the official website, “The museum contains many valuables and collectables dating back decades and for several years, including a gift received from a fan of Imam Al-Hussein. (Peace be upon him) and it is a piece of (the sacred pillar of the Kaaba)

He explained that “the lover refused to reveal his name because of the status of Imam Hussein (peace be upon him) and his family,” indicating that “the blessed piece of the holy Kaaba is the same that was placed in front of the door of repentance in the Sacred House of God, and it contains inscriptions, decorations and Quranic verses of gold Pure and silver. “

He continued that “the technical staff in the Museum of the Imam Hussein Holy Shrine had designed a model consisting of two walls with dimensions (3.5 m) length and width (1.75 m) similar to the dimensions of the wall of the Holy Kaaba, pointing out that” this model is adjacent to the front wall of the museum with an artistic and beautiful design to reflect this. The wall in the Sacred House of God. “

And he indicated that “the sacred stone of the Kaaba is made by hand, and natural materials are added to it within a special institution belonging to the Holy Mosque of Mecca, where strings of silver and gold are used, inlaid with precious stones, while the cladding and cold are changed every year during the blessed Hajj season.