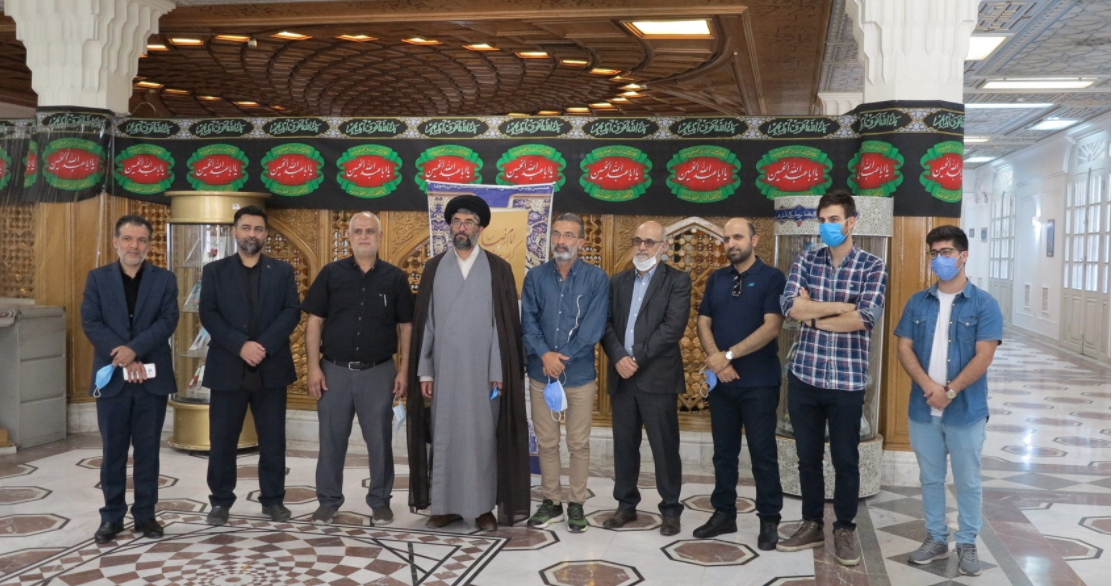 Lebanese officials and prominent figures have paid a visit to the Central Library and Museums of Astan Quds Razavi, the body in charge of Imam Reza (AS) holy shrine.

Hossein Ajami, head of the office of the Lebanese Minister of Culture and Andre Alhaj, the conductor of the Lebanese National Orchestra visited the holy shrine of Imam Reza (AS), the central library and various treasures of Astan Quds Razavi museums.
During the visit, Ajami said: “We are very happy and pleased with the trip to Iran and we are very grateful to Iran for the good sympathy they had with Lebanon in bitter incident of Beirut blast. From the moment I entered the holy shrine, I was impressed by the spirituality of this holy place and I enjoyed seeing various treasures with different subjects in the museums.”
Pointing out that AQR museums have a great variety and breadth, each of which in turn influential, he commented that “A tour of the Quran gallery and the treasure of the history of the holy shrine, and seeing the inscriptions and works that have been used in the various sections of the shrine years ago, and also the valuable works of art that have been donated with great interest to the shrine of Imam Reza is admirable.”
“It is very valuable that works with this diversity and breadth have been collected in one place and have been beautifully displayed for the public,” he said.
The conductor of the National Orchestra of Lebanon added that visiting the gallery of the Quran was very interesting for him. “The greatness of this place and the museums and works I saw shows the depth and history and antiquity of this place and its valuable place in Iran and in the world.”
Andre Alhaj added: “To see the Qurans attributed to the handwriting of the Infallible Imams (AS) brought me great joy; especially since I like the history of religions very much and the Qurans of the Imams are full of goodness and blessings for me and its good feeling was palpable.”
After visiting the AQR museums, the Lebanese delegation also paid a visit to different sections of the Central Library and met with Hoj. Jalal Hosseini, the head of the Center for AQR Libraries, Museums and Documents.
The Lebanese delegation was also able to watch the music video of “Restless for Balqis,” which was presented to the Lebanese people by the National Orchestra of Iran in sympathy with the Lebanese people lamenting the blast in the port of Beirut.
This piece was recently composed on the occasion of World Peace Day, composed by Fardin Khalatbari, directed by Reza Mousavi and in the presence of Hossein Al-Ajami and Mojtaba Hosseini, Deputy Minister of Arts and Culture of Islamic Guidance of Iran and a group of artists and cultural officials. It was played in Tehran’s Rudaki Hall as conducted by Andre Alhaj.