The Muslim Zone App will rid you of the anxiety you might feel while thinking about what is happening in the rest of the Muslim Countries. The Muslim News feature of the app gives you accurate, on-time, and quality information of your brethren from all over the world. The exciting feature gives you the latest updates about Muslims living in various countries. Download it now to stay connected with your Muslim brothers and sisters under the umbrella of Islamic beliefs. 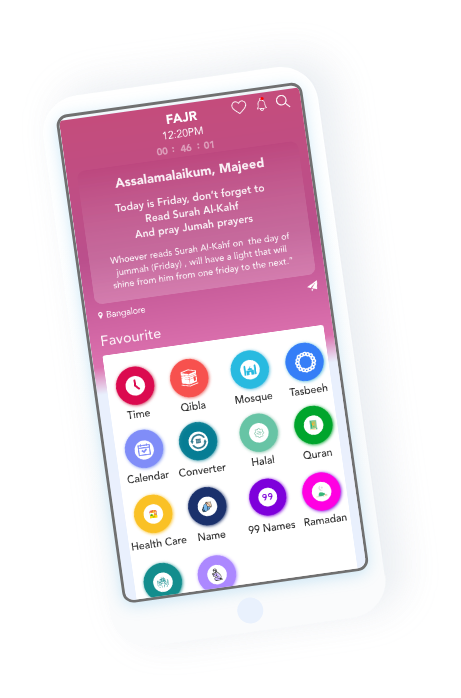 As Muslims, we have a clear perspective that both good and bad events that come in our lives are a test from Almighty Allah. This world is a testing ground for all beings. Though we cannot control what happens to us, we have the power to control how we react.

Islam bridges all the gaps between people and unifies them based on belief and faith in Allah. Whatever happens to Muslims in one part of the world, the reaction is felt by their Muslim brethren universally.

The Muslim Zone App is a fantastic medium to create a feeling of unity and harmony among believers. The unique application has added a new feature under the name of Muslim News, where you can get insight into the latest happenings and developments in any part of the world. The Islamic app unites Muslims into one single community under the influence of Islamic teachings and principles.

Muslims Stand United Wherever They May Be

The teachings that Islam emphasizes on, are based on humility and integrating love and compassion for each other. This helps to create unity among the Muslim Ummah. If you have family residing somewhere abroad and there is an ongoing upheaval, you can get an instant update about their safety and situation. The Muslim Zone App will quickly provide you with the latest activities and updates happening all around the globe that are related to Muslims.

Simultaneously, news regarding the latest developments in other Muslim countries will be readily available for users who have installed the app onto their smartphones.

The one of its kind application has connected people from different countries and continents in a splendid manner. Numerous features make it possible for you to incorporate Islamic teachings into your daily life routine.

Live Updates About Muslims In Kashmir, Syria, Afghanistan, And More

The Muslim community worldwide is taken aback by the atrocities against Muslims in many parts of the world. The horrific behavior of the oppressors leaves mortified people all around the sphere.

The Muslim app makes it easier for people to get instant news about their Muslim brothers and sisters in areas like Kashmir, Syria, and Afghanistan, so we all can raise the voice at the right time.

The best thing about this Islamic app is that it is compatible with any smartphone that you carry. It can easily be downloaded on the device, and you can start using the features straight away.

The Muslim Zone App Has Something For Everyone

The Muslim Zone App has every person covered. Unlimited features have been added that allow you to stay close to Islam and live your life accordingly. The Islamic Calendar enables you to save Islamic event dates on to your phone as the Hijri converter reminds you when the new Islamic year will begin.

The app has something for everyone. If you haven’t downloaded it yet, make sure you do it soon.

by Support Agent2 years ago2 years ago
In-App Features