The al-Abbas’s (p) Holy Shrine continues its mourning program on the death anniversary of Umm al-Baneen (peace be upon her). 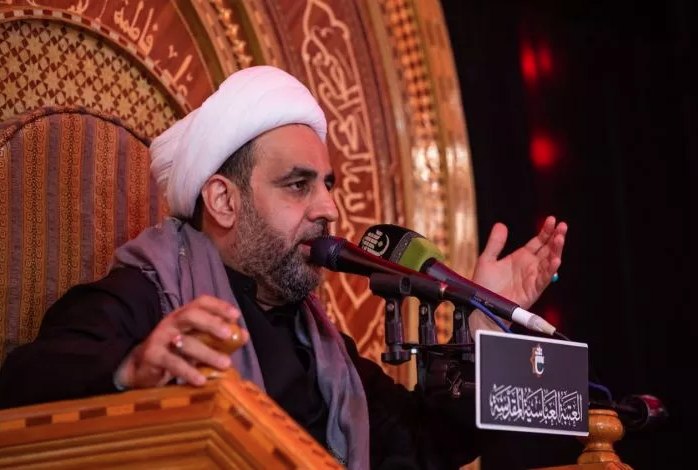 On the second day of its mourning program for the commemoration of the death of the venerable lady Umm al-Baneen (peace be upon her), the General Secretariat of the al-Abbas’s (p) holy shrine established a mourning council in the holy shrine this evening Tuesday (12 Jumada II 1442 AH) corresponding to (January 26, 2021).

The council [majlis] was initiated by reciting verses from the Holy Quran, followed by a religious lecture given by Sheikh Ahmad al-Rubay’ei, in which he highlighted points of the blessed biography of the virtuous lady Umm al-Baneen (may God’s peace be upon her) and her great position in the heart of her husband, the Commander of the Faithful Imam Ali Ibn Abi Taleb (peace be upon them), as he explained her great role in the battle of Taf when she sacrificed her four sons as martyrs for the support of the master of the martyrs Imam al-Hussayn (peace be upon him), and in the forefront of them was the moon of Bani Hashem, the Master Aba al-Fadl al-Abbas (peace be upon him).

After that, the Radood Haj Bassem Al-Karbalai recited elegies and poems that expressed the greatness of this occasion and the extent of the great sadness that afflicts the believers’ hearts when it arrives.