The martyrdom anniversary of the Holy Prophet (Allah’s prayers be upon him and upon his holy Household) on the 28th Safar. 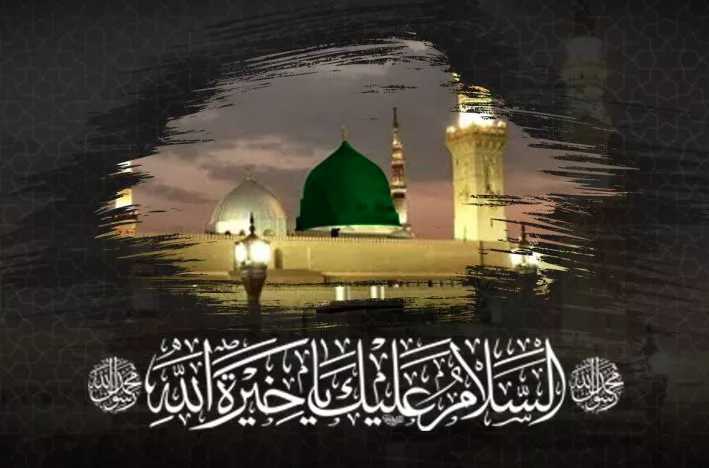 During these days, the Islamic nation commemorate the anniversary of the tragedy of the martyrdom of the savior and guide of mankind, the Holy Prophet (Allah’s prayers be upon him and his holy Household), who was martyred on Monday 28th of Safar in the year 11 AH at the ag of 63 years due to be given deadly poison, according to the famous narrations.

The holy prophet (Allah’s prayers be upon him and his holy Household) has borne the responsibility of calling for Islam and he has suffered for the sake of it persecution and oppression from the infidels of Quraish, and despite these difficult circumstances he fulfilled his blessed message for which he was sent, and in the tenth year of migration and after performing the rituals of the pilgrimage, the holy prophet (Allah’s prayers be upon him and his holy Household) stopped in Ghadeer Khum responsive to the call of Revelation: {O Messenger (you who convey and embody the Message in the best way)! Convey and make known in the clearest way all that has been sent down to you from your Lord. For, if you do not, you have not conveyed His Message and fulfilled the task of His Messengership. And God will certainly protect you from the people. God will surely not guide the disbelieving people.} (5:67) and it was then the famous event known by the day of Ghadeer Khum in the eighteenth of Dhu Al-Hijjah. He has declared the perfection of the religion and the completion of the favor by the Wilayat of the Commander of the Faithful Ali Ibn Abi Taleb (peace be upon both of them) and then this verse was revealed: {This day I have perfected for you your Religion (with all its rules, commandments and universality), completed My favor upon you, and have been pleased to assign for you Islam as religion.} (5:3).

It is narrated from Anas bin Malik who said: When we finished from the burial of the Prophet (Allah’s prayers be upon him and his holy Household) Fatima (peace be upon her) came to me and said: How could you put the soil on the face of the Messenger of Allah? And then cried. And said: Then she mourned for him saying, “O Father, to Gabriel I mourn you! O father, the Paradise is your abode! O father, you responded to the Lord Who has invited you!”

It is also narrated from Fidhdha (Lady fatima’s helper) that after the Prophet’s death that Fatima revealed the extent of her sadness and inability to bear life without her father. She (peace be upon her) came to the Mosque and while crying said:

Oh! The helper of the widowed and the orphans

Who do we have for Kaaba and the Mosque?

Who does your saddened and grieved daughter have?”

“Fatima (peace be upon her) then proceeded towards the tomb of the Prophet; it was difficult for her to walk because her tears covered her eyes. When she saw the Mizaneh, she passed out; so the women rushed to rescue her; after putting water of her face, she regained consciousness; Fatima then said:

`My strength has been eradicated

My endurance has betrayed me

My enemies have rejoiced at my misfortune

And my grief will kill me

Father! I remain bewildered and lonely

My voice is subdued

My back is broken

My life is disturbed

I find no one, Father, after you to attend to my loneliness

Neither to stop my tears

Nor to support me in times of weakness

Surely precise revelations, the place of Gabriel’s descendancy and Michael’s location have vanished after you

Motives (of others) have changed

And gates have been shut in my face

Thus, I detest this world after you

My longing for you shall not cease

My sadness for (being separated from) you shall not vanish

Fatima az-Zahra (peace be upon her) then cried out loudly:

With you went the light of the world

Its flowers wither away after blossoming in your presence

I will forever be sorrowful for you until we are reunited

Sleeping has left me since we have been separated

Who is there for the widows and the orphans?

Who will we have for the Ummah until the Day of Rising?!

People shun us after you

After we were glorified by your presence among men

Thus, what tear shall not spill on your departure?

What sadness (after you) shall not continue to exist?

Which eyelid shall be smeared with slumber?

You are the spring of faith and the light of Prophets

So how can mountains not sway?

And seas not dry out?

How can the Earth not tremble?

Father! I have been afflicted with the greatest sorrow, and my disaster is not minor!

Angels cry for you, and stars cease to move because of you

Of your secret conversation (with your Lord)

Your grave is joyful for holding you

And Paradise is delighted with your presence

How gloomy are your meeting places (without your presence)!!

How pained I am for you, until I soon join you!!

How bereaved is Abu Al-Hassan, The entrusted one!!

The Father of your two sons, Al-Hassan and Al-Hussayn; your beloved one

He whom you brought up as a youth, and made your brother as a man (Abu Al-Hasan)

The most beloved of your companions to you

Abu Al-Hasan, who was the first to immigrate and help you

Sadness has overtaken us; Crying will kill us

And distress will always accompany us.’