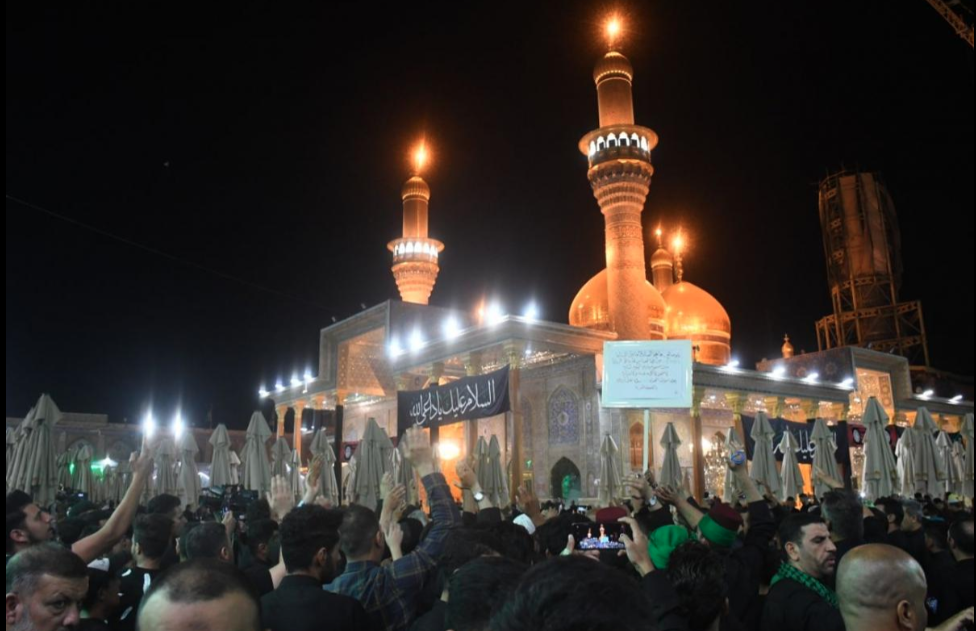 The people of Karbala, through their unified mourning procession, offered their condolences to Imam Musa al-Kadhem (peace be upon him) at his holy shrine in the Kadhemiyah, on the martyrdom anniversary of his father, Imam Jaafar as-Sadeq (peace be upon him), on Sunday evening (24 Shawwal 1442 AH) corresponding to ( June 6, 2021) in cooperation with the Department of Hussayni Rites, Processions and Bodies in the holy shrines of Imam al-Hussayn and al-Abbas (peace be upon both of them).

The head of the aforementioned department, Hai Riyadh Ni’mah Al-Salman, told al-Kafeel Network: “The commemoration of the martyrdom anniversary of the sixth imam of the Ahl al-Bayt (peace be upon them) at the shrine of his son, Imam al-Kadhem (may God’s peace be upon him), is a mourning custom that the people of Karbala have been doing since a long time and have inherited it from their grandparents.

He added: “The mourners set up a condolence and memorial gathering in the courtyard of the shrine of Imam al-Kadhem (peace be upon him). It included reciting a number of poems and elegies embodying the depth of the sad tragedy and the great affliction, expressing their sympathy to the people of the House of Infallibility (peace be upon them) on this sad occasion.”

Al-Salman pointed out: “The two holy shrines have provided a number of vehicles of various capacities, to transport the procession and mourners from the province of Karbala to al-Kadhemiyah.”